The Psychology of Social Media

Social media is the ever-present force in our lives that supposedly ruins our productivity, makes us anti-social and causes depression and body issues in today’s young people. So, what is it about social media that triggers such large responses in our brains? What actually happens while we’re using these apps and how can we ‘save’ ourselves from the pressures of social media use?

The book ‘Stolen Focus: Why You Can’t Pay Attention’ by Johann Hari, studies modern society’s problem with focusing. Over 12 main chapters, Hari outlines some of the proposed reasons why we can’t pay attention. The main reason explored is the birth of the internet. By digesting large amounts of short content, we have unintentionally conditioned our brains to think differently. We now struggle to think deeply and are severely lacking in creative thinking and problem-solving skills. Our collective attention spans are shrinking, and the birth of the internet has rapidly accelerated this. Ina study by Sune Lehmann, a professor at the Denmark Technical University who Hari discusses in the book, it is shown that in 2013 a topic would stay in the most discussed section of Twitter for an average of 17.5 hours, whereas in 2016 it was only 11.9 hours. This proves that we are only focusing on one thing for shorter and shorter periods of time. Another study done shows that for every decade in the last 130 years topics of conversation came and went faster and faster, and it is likely this trend will continue into the future.

It has also been proven that the faster you read, the less information you retain, meaning that the more information there is, the less people can focus on individual pieces of it. This strengthens the theory that people are more likely to watch or read shorter, easier pieces of content.

In the documentary, The Social Dilemma, Anna Lembke is interviewed. Lembke is a psychiatrist who specialises in addictions. She describes social media as a highly addictive drug. Social media has the capacity to mimic human connection by encouraging the brain to release high levels of dopamine when we get likes and comments. When using social media often, these are constant. This continual high release changes the reward threshold on our brain, taking more dopamine to give us the same rush as before. In an interview with Teen Vogue, Lembke says, “The more we activate that intense pleasure response on social media, the more we crave it. The repetitive action becomes less exciting, and we end up needing more to give us the same pleasure we experienced with a lesser amount before.”

This cycle can become detrimental to our mental health. The craving for social approval and so called ‘popularity’ leaves people with surface level friendships and a resounding feeling of loneliness. The comparison with others is so much more than we are used to, and our brain can’t handle it. According to Medical News Today, “Social media use has been linked to increased anxiety, depression, sleep disruption, anti-social behaviour, and even found to be predictive of future suicide risk for teen girls.” It takes over your sense of self-worth and identity, makes us more anxious, fragile, and depressed. We’re collectively less likely to take risks, get a driver’s licence, or have in-person romantic interactions. Social media promotes impossible beauty standards and leaves us feeling bad about ourselves and our bodies.

When we’re uncomfortable, lonely, afraid, or bored, we turn to technology to distract us. Generations are now being raised that don’t learn to deal with the emotions head-on, instead pushing them down and not dealing with it. We no longer have the ability to be in the moment and enjoy each other’s company.

Two concepts that are especially prevalent in social media are group polarisation and conformity bias.

Group polarisation can be described as the tendency groups have to make more extreme decisions compared to the normal decisions of individuals. In the social media world this is seen through influencers and people who have a platform aiming to persuade people on a topic or to fight for a cause. Group polarisation can lead to extremism and the birth of extremist groups. It’s also an easy way for misinformation to gain traction, and as found by the Massachusetts Institute of Technology, fake news spreads 6 times as fast as real news, especially on Twitter. The algorithm also assists in this, by only showing a user what they want to see. This narrows their worldview and blocks out content that doesn’t align with their views.

Conformity bias is when people adapt their behaviour to be part of a group. This mentality has the ability to change our perception and opinions and change our behaviours so that we ‘fit in’. It creates a false feeling of belonging and can lead to a lack of original thinking and proper judgement.

As explored in The Social Dilemma, social media is addictive by design. When used excessively it can cause social, physical, and psychological harm to users, and gives us a lack of control of our actions. As said by Tristan Harris, a technology ethicist, “If you’re not paying for the product, then you are the product. ”Companies use a method commonly referred to as ‘surveillance capitalism.’ Our data is collected to customise our ads and make the advertisers as successful as possible. Everything you look at online is watched, tracked, measured, monitored, and recorded. They use the images you stop and look at, and by measuring the time you look at them, the algorithm recommends you more content like it. Through this it can predict what you’re going to do and what kind of content you’re most likely to look at based on past interests.

A common misconception is that your data is sold. In most companies, your data is used to build a model which predicts your actions. Over time, this model becomes more and more accurate, predicting what kind of content will engage you most at whatever time of day. Ex-technology investor Jeff Seibert describes the three main focuses of these companies: engagement, growth, and advertising. Engagement focuses on keeping you entertained and on their platform for as long as possible. Growth aims to keep you coming back and inviting friends and family to join the platform. Advertising intends to make money by delivering advertisements to people they might sell products to. With these three aims, a company can successfully grow and influence their audience.

Another concept explore by Tristan Harris is positive intermittent reinforcement. This describes a system of irregular ‘rewards’ (in this case dopamine). Harris uses the analogy of a slot machine to describe this phenomenon in the social media world. You don’t know what you’re going to get or if you’re going to get it, but if you reach over, it might have something for you. This builds a practically unbreakable habit.

Social media has the capacity to influence and manipulate your thoughts, beliefs, and behaviours through advertising. It thrives off your attention. It is shown to change what you do, how you think, and who you are. It is based off addiction and manipulation and wants you to continue using it. Little things like photo tagging and the little ellipses when someone is typing keep you on the app and make you keep coming back. Our technology is rapidly evolving, but our brains are not.

Although I’ve mainly focused on the negatives there are some pretty big positives in social media use. Connections can be maintained with people you wouldn’t normally stay in contact with. There’s a limitless amount of information and ideas, allowing you to learn and grow your worldview. You can develop an online presence and grow your identity and reputation. There’s an endless amount of communities where you can find people who share your values, interests, and beliefs, creating a sense of belonging and decreasing feelings of isolation and loneliness.

Social media can be draining and addictive, but if we use it right it can be an essential communication tool. If you feel yourself getting carried away by the social media world, limit the time you spend on the apps, focus on real-life connections with people who really matter, take breaks when you need, and re-evaluate whether social media is really necessary in your life.

ABOUT THE AUTHOR: MADISON, 16

I’m super excited to be working with the Safe on Social Youth Advisory Committee because I love researching, learning and using my knowledge to guide other people.

I’m passionate about online safety, and I enjoy working with other people.

When I’m not studying, reading, or designing my future house, I’m at the beach, hanging out with friends, or doing makeup. I love drama and hope that I can be on TV or in movies one day. 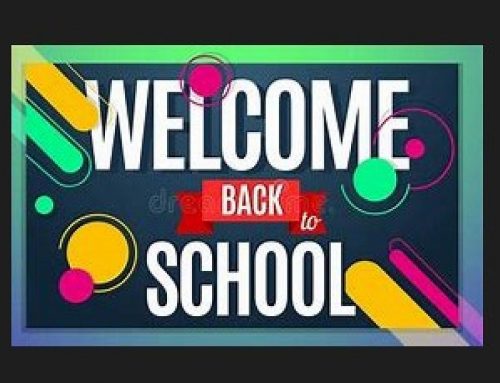 The passing of John Wilson

The passing of John Wilson